"Nigeria’s survival depends on the freedom of Biafra not the other way round." Ambazonia Leader Speaks to Biafra 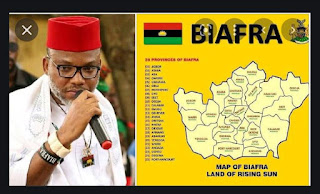 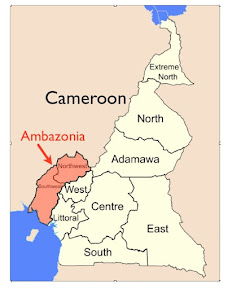 Map of Ambazonia, bordering Biafra to the East

The President of the Ambazonia Governing Council, leader of Ambazonia Liberation War Dr. Cho Ayaba on Friday in a live broadcast address Biafrans whose leader Mazi Nnamdi Kanu is set to appear in court on Thursday, October 21, 2021, after he was abducted and extra-ordinary rendition to Nigeria from Nairobi, Kenya.Read the full transcript of the live broadcast below:

Together.Don’t miss a thing, get the latest updates to fuel your conversation daily.