"There is proof positive of all the foreign interference in our election, exactly who stole the votes, how they stole the votes, from which computers...where the access points were. Cyber security experts that work for this country were put into place before the election to document this, to show that it was set up before the election; to catch this. It was all documented during the election..." Mary Fanning, Executive Producer of Mike Lindell's documentary " ABSOLUTE PROOF"

Mary Fanning is a researcher and investigative journalist. Mary's work has been validated and affirmed by numerous well-known national security experts and national organizations. Mary is a frequent guest on WVW Broadcast Network's Worldview Radio with host Brannon Howse

The most massive cyber attack in history  General McInerny 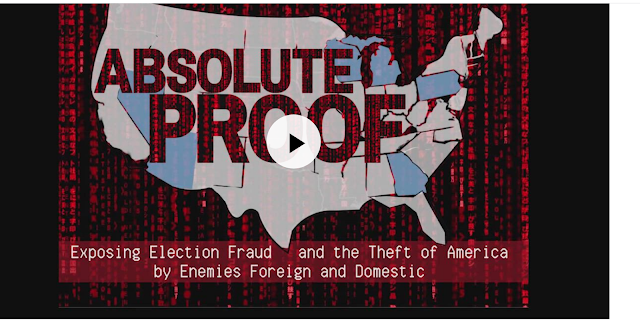 GOOGLE HAS ALREADY REMOVED THE I