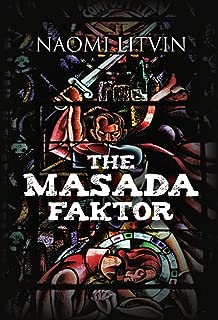 Set in modern day Israel, 2014, before and during the Gaza War, Natasha Bernard has immigrated to the Holy Land. Natasha is in search of answers to a mystery revealed to her by her mother, on her death bed, which involves the survival of Israel. Seventy years after the end of World War II a plot is set to destroy the Jews to mimic the disaster of Masada. The Masada Faktor was conceived by Hitler in his last days. While in Israel, the Gaza War breaks out, complicating Natasha’s new life.
at September 29, 2019
Email ThisBlogThis!Share to TwitterShare to FacebookShare to Pinterest
Labels: Buy the book
Newer Post Older Post Home