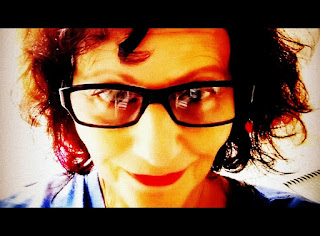 Yesterday the Leader of the Indigenous People of Biafra, Mr. Nnamdi Kanu canceled the Biafra boycott of Nigeria's presidential election. As if yesterday's news wasn't mind-blowing enough, now Nigeria has jumped on the bandwagon and delayed their presidential election. The Indigenous People of Biafra #IPOB can only think one thing: this cancelation coming on the heels of Biafra's eleventh hour cancelation of the Biafra Election Boycott was cause and effect of Mazi Nnamdi Kanu's announcement that his demands were made in exchange for canceling the boycott. We have not seen what those demands contained, as there has not been time for disclosure.

Mr Kanu was scheduled on February 14 to show a video presentation on the look alike imposters that have been posing as Muhammadu Buhari. The unusual delay in the presentation was blamed on technical difficulties. Later that evening after the Leader concluded his compelling argument, which included evidence that as many as four people may be being used as body doubles for Buhari; his announcement to cancel IPOB Election Boycott came shortly before midnight.

The next morning I, along with the whole world, woke up to the shocking and incredible announcement that Nigeria had agreed to sign a document promising to uphold Nnamdi Kanu's demands. Now, with the high drama and delay in Nigeria's election, what happens next is anyone's guess. Stay tuned for developments...
at February 16, 2019
Email ThisBlogThis!Share to TwitterShare to FacebookShare to Pinterest
Newer Post Older Post Home