"Dear President Donald J. Trump from an ex-US army captain and an Igbo on behalf of my people" by Ij Onuigbo

Dear President Donald J. Trump,
Greetings to you Sir. My name is Ij Onuigbo. I am using this opportunity and platform to write to you on behalf of my people, the indigenous people of Biafra who were amalgamated with Nigeria by the British. We need your attention. The situation is that the British made arrangements that made the Biafran people subservient to the Hausa Fulani tribe and the Hausa Fulani people have since then held the Biafrans at ransom and gravely marginalized starting from the killing of over two million Biafrans in the 1967 civil war in their quest to deny Biafrans freedom from Nigeria. And they have succeeded in enslaving Biafrans ever since. They massacre, maim and butcher Biafrans at will on a regular bases. As a matter of fact President Trump, the Hausa Fulani Army controlled by Muhammadu Buhari killed many Biafrans in cold blood when they came out in celebration of the election of President Trump. The reason they have killed, oppressed and continued to kill and oppress Biafrans even till today is the fact that most natural resources deposit in Nigeria if not all are within the Biafran region. The worst part of this injustice is the conspiracy with the British colonial masters to also ensure that in spite of Biafra land wealth deposit of natural resources, Biafrans are left out in federal government economic development plans. The very land and civilization where the oil that feed Nigeria comes from is massively depleted, degraded, the waters poisoned by chemical waste produced by British and other western countries oil companies.

The Ogoni people of Biafra who live on the land are gravely impoverished. These foreign oil companies along with their partners in crime, Muhammadu Buhari and the rest of the Hausa Fulani cabal, milk the land dry, leave the people and the environment dried up, hungry, sick and depleted, and on top of it all, kill any group or person that challenges what's happening. Our sea ports and airports in Biafra region has been closed out and inoperable for decades forcing Biafrans to make use of the infrastructures in the Northern and Western regions of Nigeria and thereby spending their hard earned resources from personal sweat building up the North and Western regions with real estate and financial markets leaving our own Biafra region desolate and economically underdeveloped. President Trump, Sir, Biafrans are probably the most industrious people in black Africa. The freedom of Biafra from corruption ridden Nigeria will be a turning point for Africa to becoming a first world continent and the beginning of the end to world aide for Africa. Biafra is the hope for Africa. Nigeria experiment by the British has long failed and the only viable way forward is to salvage what can build upon by dividing Nigeria so the regions can regain their original autonomy. Help us gain our freedom from Nigeria. We as a new nation will be the partner that United States can count on. We do not need aide, we need freedom to be all that we can be. We have advocates that will give you more information. Your help will not be for free. We have all manner of resources that the United States will benefit from as we form new government and management for our new nation. We want to negotiate. Thank you Sir for your attention to our cause. Yours Truly, Ij Onuigbo Cc: The White House, Biafra Live
at December 29, 2017
Email ThisBlogThis!Share to TwitterShare to FacebookShare to Pinterest

While the Netanyahu government continues to revel in Trump’s Jerusalem declaration the euphoria should be kept in check. With each day that passes, the Syrian Regime draws closer to its goal in breaking the buffer zone that lies between its forces and the Israeli Golan.  Arab news is reporting that the Syrian regime aided by Iran and Hezbollah has captured Manbij Farms.
The fall of Manbij Farms essentially cuts off the strategic Beit Jinn enclave from supporting rebel forces.  This makes the 4km distance between the regime and Israel a far easier move as rebel forces continue to disintegrate. 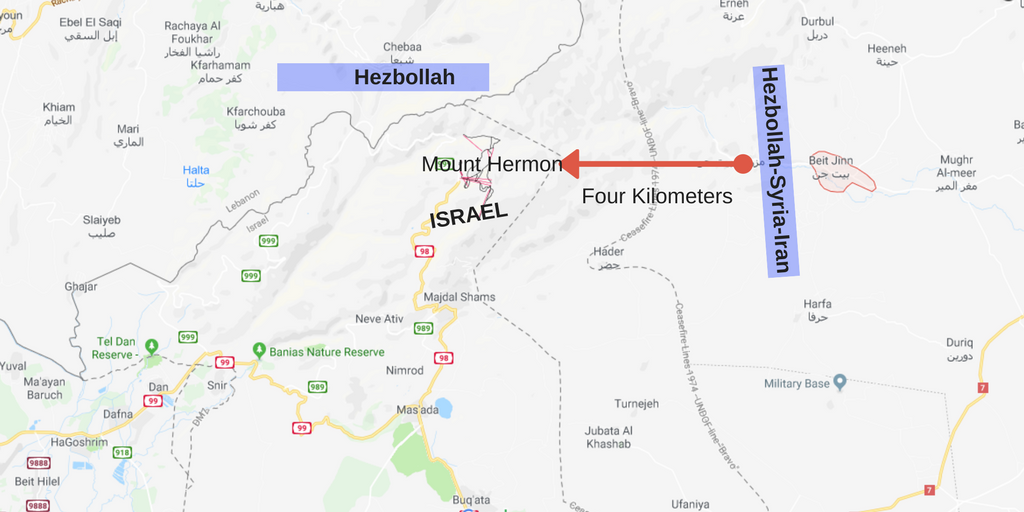 Danger to Israel, Blow to Netanyahu
While it is often assumed to observers that the Assad regime would take its time before moving against Israel, the Iranians have been the real drivers in Assad’s decisions.  Given that the Shiite alliance, backed by Russia is continuing to win, there is no reason to assume they will stop at the Golan border.  Afterall Prime Minister Netanyahu promised that he would prevent Iran from establishing a direct land corridor between Tehran and Israel.  The 4km stretch between Beit Jinn and the Golan makes the land bridge the Iranians have been pining for a done deal.
Israel has little maneuverability when facing the coming onslaught, which by all estimates is fast approaching.
at December 25, 2017
Email ThisBlogThis!Share to TwitterShare to FacebookShare to Pinterest

What is up with this current fake news about Libya slave markets and aggrandizement of the Gaddafi regime? After CNN came out with video of slave auction markets in Libya, all hell has broken loose online and on mainstream media. Reports of African slaves being auctioned in Libya and the true ongoing horrors of immigrants drowning trying to escape Africa for EU countries has outraged the world.

Twitter has erupted in total revisionist history of the real Gadaffi era.

I began reporting on Libya in 2010 before the revolution and ouster of Gadaffi. Years ago I became friends with a gentleman from Misrata (Misurata) whom I trust to answer my questions and tell the truth on the situation on the ground in Libya.

My 2015 4th anniversary of the revolution in Libya report highlighted triumph and tragedy as to what transpired in Libya during the four years after the revolution.

My Libyan friend has kindly agreed to tell us what the real story is regarding the slave auctions. Here is our conversation.

Naomi: Hello friend. Can you give me something to counter the Libya slave auction story? I am having a hard time believing what is being reported.

Misrati: Yes, I am glad to tell you the real story and hope you can get this out to the public. There are two types of Africans that come to Libya.

The first type are those who come for working. They always go home. When these type enter, they stay at the South and they call their ex-boss by phone, since they had been to Libya before, and tell them they need someone to smuggle them to the North so they would be granted a safe transportation. They return home after a year or two to visit their family and then they make the journey to Libya again. This type of working migrant are mostly from Chad and Niger. Sometimes they are not lucky and they cross to the North via a town called Bani Walid, the town that CNN did not mention by name. At Bani Walid they get trapped and jailed by a gang who will not release them until they get paid. So they call their ex-boss again and also their friends back home and ask them to pay so they will be released. There is always an agent in the Northern city working for the gang and he is the one that gets the money. This agent sends a signal back to the gang to release the jailed migrant. 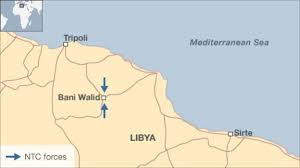 The second type of migrant are those that want to go to EU with no return to Africa. They are from Tunisia, Morocco, Syria, Ghana, and Nigeria. Those people are not used to Libya. As for them, it is a one way journey, so they get into the hands of the gang before they reach the sea smugglers, since the gang knows that those migrants are desperate to reach the North. They arrest them and never release them until they pay or someone pays for them, and finally they will end up in such labor market auction that was reported by CNN, but as soon as they reach the North, they will quit work and ride the sea to EU. Some of them used to stay in Libya when the value of the Libyan Dinar was o.k., selling alcohol, drugs, and prostitution. But now as the LYD is not worthy they migrate North to Italy seeking more fertile ground.