I was just having a regular afternoon when I received an email from a member of IPOB, the Indigenous People of Biafra who was having some problem uploading a torture video of a Nigerian Concentration Camp on twitter. I was trying to help him with his settings, as it appeared that he was being censored. A 45 second clip was seen on twitter but it was nothing like the entire video, which is below. Shock and horror are understated nouns to describe what you will see here. It looks like the IPOB members are being forced to swim in filthy shallow water in a drainage ditch and then cram themselves into a pipe full of other IPOB members. The guard wears an Adidas jacket and as he whips the boys, he screams "Move Move Move Move" in English and some other language to them in the water. There is a long line of others waiting to enter the ditch and he yells "Hunch Hunch" as they do a frog jump. Then you see some guys hanging from their feet from the trunk of a tree while the guard laughs. If anyone knows where this camp is located and recognizes the prisoners clothing, please contact me by email at naomilitvin@yahoo.com

at November 09, 2017
Email ThisBlogThis!Share to TwitterShare to FacebookShare to Pinterest
Labels: Blogs

Biafra: As The World Turns 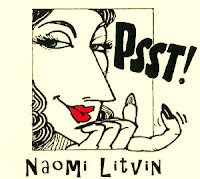 On November 18, 2017, as the world turns, Nigerian elections will take place in an enclave known as Biafra Land in the so-called country of Nigeria on the continent of Africa. Biafra seeks #BiafraExit, their self-determination and freedom from Nigeria (the Zoo) through peaceful Referendum. Biafrans, who consist of many tribes, the largest being the Igbo, were ordered by Nnamdi Kanu, their Jewish leader to stay at home. "No elections will take place until we are given a referendum (for Biafra Exit),"  Kanu said. "There will be no election here anymore."  The Biafran people will stay home even in the face of reports that the Nigerian government is sending 28,000 military troops into Anambra.

On September 14, 2017 Nnamdi Kanu went missing and is presumed dead. His body has not been found and the Nigerian government denies even attacking his home. But his voice is still vibrant, kept alive because of the great people of Biafra. And if his dead body, and those of his parents, are found, I can only imagine what will happen in the Land of the Rising Sun. To this day the Indigenous People of Biafra (IPOB) maintain a strict non-violence policy. But with a physical confirmation of his and his parents deaths? All bets are off.


"IPOB Media and Publicity Secretary, Comrade Emma Powerful, told Vanguard that the attackers wore army and police uniforms and drove into the palace of the traditional ruler of Afaraukwu, who is the father of Nnamdi Kanu and started shooting people. He said in a statement: “We did not clash with anybody or group. The attackers wore Nigerian soldiers and Nigeria Police uniforms and came to kill our leader, Mazi Nnamdi Kanu, in his compound at Afaraukwu, Umuahia and started shooting sporadically and killed five people and up to 30 other people had bullet wounds. After attacking our people, they drove off. They came in five Hilux vans.”

The day that Kanu went missing, when the Nigerian army burst onto the family compound and into the palace, Kanu's father, His Royal Majesty Eze Israel Okwu Kanu and mother Ugoeze Nnenne Kanu, were home with Nnamdi and other family members, friends, and members of the unarmed, non-violent Biafra Security Service. Many died violently, some were taken alive, some shot and thrown into the bush where they later died, and a few made videos with their cell phones which made it out with survivors. About a month later, the Nigerian killers returned to loot whatever belongings had not been taken on September 14. They didn't know about the CCTV on premises and they were captured on video.

I was told by someone that he was "safe." The person that said that is no longer in my sphere. It is my opinion, that even if Nnamdi Kanu IS alive, it means he is not safe. Either he is in Nigerian prison somewhere, or in the hands of a new and violent group that has popped up who is bragging on twitter about performing vigilante justice, including mass murder and arson. That group, I believe, may be backed financially by a psychopath whose reckless grandiosity will be their undoing. He and his group intend to usurp IPOB (Indigenous People of Biafra) to form a new government, while allowing IPOB to be a political group if they are loyal to the "new government." Needless to say I have blocked these terrifying people that I believe are involved on twitter, my email, and facebook.

Now back to the elections.
The precursor to the 'Stay at Home' order of November 18 was a few days ago on November 5 at the Enugu election. Biafrans were also told to stay at home and not vote. Twin explosions tore through the polling area.  IPOB hailed the boycott and said that Biafra is in control.
I could go on and on but there's plenty of news that you can find online for yourselves.
For now, I will sign off with a sincere hope for the best.

This video below, was after Nnamdi Kanu was released from Kujo prison, and before the events spoken of above. Notice the Israeli and American flags flying.