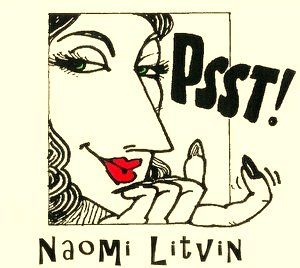 Last year on September 7, 2016 , I published a list of Biafra's Most Wanted Nigerian War Criminals. I did this in response to Nigeria posting a list of Wanted Biafrans while the leader of the IPOB (Indigenous People of Biafra,) Nnamdi Kanu was still being held in Kuje Prison in Abuja, Nigeria. My list is not completely inclusive of the current genocidal terrorist butchers at large. Many that have made the Biafrans' life hell since the amalgamation of Nigeria in 1914 by Lord Lugard, British colonialist are thankfully dead. But new ones arise from the pits of Hell daily.

I had the names of twenty of those that IPOB considers MOST wanted for their war crimes. I had help from Biafra Intelligence and other well informed Biafrans that shall remain anonymous for their own safety.

Today I will add six more wanted Nigerian war criminals which brings my total to twenty-six. Today I had help from one of my sources. I will begin with the new additions:


PRESIDENT OF OHANEZE NDIGBO: CHIEF JOHN NWAODO
This guy is actually an Igbo but is a perfidious turncoat to his Biafran people. Nwaodo is against self-determination for Biafra and preaches restructuring Nigeria. His level of betrayal is especially despicable as he is of the same tribe as many other Biafrans. His group, the Ohaneze are considered "The Elders." In my opinion, since many Ohaneze witnessed the pogroms, genocide, and starvation of millions of people (reported between 2.5 million to 6 million) during the Civil War of 1966-1970, they are the worst. They are kapos. According to an article in the Biafra Herald, the Ohaneze are political prostitutes.


POLICE COMMISSIONER OF ANAMBRA STATE MR GARBA UMAR
Appointed as a new police commissioner of Anambra, which was the scene of the very recent massacre at St. Phillips Biafran Catholic Church in Ozubulu, Anambra, where worshippers were gunned down and scores killed at a 6:30 A.M. service. IPOB Leader, Nnamdi Kanu attributes the massacre to the Ohaneze. Police Commissioner Garva Umar ruled out terrorism. In May 29 and 30, 2016 unarmed, peaceful Biafran protesters were killed by Nigerian police.

A group called the Arewa Youths (Hausa Muslims) and led by Yerrima Shittima issued an ultimatum, known as The Quit Notice to all Biafrans residing in Northern Nigeria. Much chaos has been caused by this demand promising retaliation if all Biafrans do not vacate the Northern Region. They gave a three month notice and October 1, 2017 is the day to "Quit the region."


FORMER ABIA STATE GOVERNOR ORJI UZOR KALU
According to Forbes Magazine, Kalu is among the fifty richest men in Nigeria. In February 2016 a mass grave containing corpses of Biafrans was discovered in Abba, Abia State. The dead's hands were tied behind their backs and they were shot to death by Nigerian Military and Police. Kalu has become a loud voice against the actualization of Biafra by blaming Biafrans for the economic destruction of the South East region. This is not the first time that he has come out against Biafra.

The Governor of Ebonyi State is angry that Indigenous People of Biafra say that he is committing crimes against humanity. Not only have the Biafran traders had their goods destroyed in the marketplace, Biafrans believe there is a plot to arrest all IPOB principal officers by Umahi. Umahi is also reported to be ready to ban social media in Ebonyi State. among other nefarious schemes.

FORMER LAGOS STATE COMMISSIONER OF POLICE ABUBABAK TSAV
Composer of an anti-Igbo song calling for a genocide of all of Biafra, Tsav is said to be instigating an all out war in entire Nigeria. Tsav puts all blame on Nnamdi Kanu.