Israel: an elite tourist destination or a homeland for all Jews?

I am in Israel again, giving it another try to find a 'home' for myself. After two days, it is already 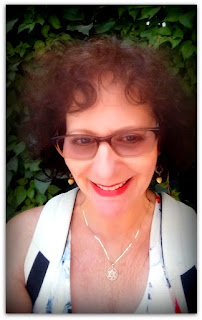 painfully evident that I cannot afford to live where my first two choices are. Yes, I can go out into the boondocks to find affordable housing. I only use the term boondocks because, as a single woman 'of a certain age' I feel safer living closer to one of the big cities. Forgive me for considering the danger of living out in areas close to Lebanon, Syria, and now the situation in the south with Egypt. Oh, and let's not forget the burgeoning Third Intifada.

I agree with others that we have to lower our expectations and compromise. But that still isn't enough to make it work. I had applied for a pension but was denied because it appears that I don't live here, and I have some US income. I made Aliyah last year, left after a combination of events; my benefits ran out after six months and I was traumatized by the Gaza War. This is my second time back since then, trying to find a comfortable living situation.

The prices are New York and San Francisco style, sky high. Yes, there is a new organization on Facebook called Keep Olim in Israel and I do believe that eventually they will be a political party and a force to be reckoned with but I don't think I have the resources to stay long enough to see help materialize. Can only the elite immigrate to Israel?

Meanwhile, Prime Minister Netanyahu had been urging European Jews to immigrate to Israel which has angered European leaders. Many French Jews have come to Israel, proving the speculation that they would further drive up the price of housing here. And it is thought that the numbers of Olim giving up and leaving the Holy Land are being skewed. According to LiAmi Lawrence, the leader of Keep Olim in Israel many more have left than anyone wants to admit.

Then there is the South African contingent of Nazis that say that there is a great advantage of relocating all the Jews to Israel so that we can be destroyed in one fell swoop, which I reported on last year.

I am in Israel. Enjoying every moment. I just don't want it to end. (Just to be perfectly clear, I am NOT giving up)
at July 02, 2015
Email ThisBlogThis!Share to TwitterShare to FacebookShare to Pinterest
Labels: Blogs
Newer Post Older Post Home