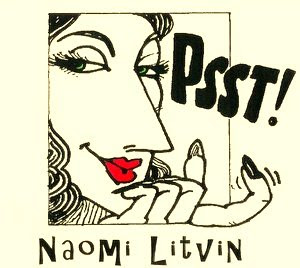 Libya's long time leader Gadaffi recently traveled to Italy. This is his fourth time this year visiting Rome. The Libyan Foreign Investment Company is building up a humongous portfolio in Libya and also abroad while some try to play down suspicions on Arab money.  This time the Libyan troublemaker ruffled the feathers of Pro-Vatican politicians. And how, pray-tell did Gadaffi do that? Well, he tried his own brand of proselytizing. 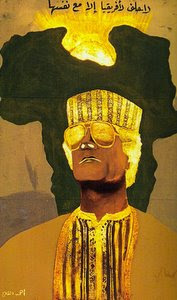 According to Yahoo news Premier Silvio Berlusconi hosted a gala evening for Gadaffi.

"With Gadhafi wrapped in white robes, at his side Berlusconi hailed him for signing a friendship treaty exactly two years ago that the Italian called a "model of diplomacy in the era of globalization."


In his two days in Rome, Gadhafi gave lectures on Islam to a few hundred young Italian women recruited by a modeling agency and paid to attend the sessions. Gadhafi handed out copies of the Quran, urged the women to take up Islam, and participants said three young women converted on the spot Sunday.


The women arrived by the busload. Some tottered on high heels and wore dresses with plunging necklines, while at least two were seen wearing Muslim-style veils. Another woman showed off a necklace she was given with a photo of Gadhafi dangling from it.


Left-leaning opposition lawmakers and pro-Vatican politicians in this predominantly Catholic county criticized the government's failure to protest his behavior."

Meanwhile back at the ranch, Libya is making friends all over the place. They granted $1.9 million to Grenada. Will they begin to proselytize like they are doing in Italy? What is going on in the Caribbean anyway? Currently there are 400,000 Muslims living in the Caribbean, many of their ancestors having arrived there as slaves from sub-Africa, who are being radicalized toward Islamic Orthodoxy and stressing reconstructionist 'Arab' roots. Islam is being promoted heavily there as an alternative to Christianity. There is an interesting article that I found by Moishe Terdman that reports on an increasingly growing threat: Radical Islam in the Caribbean Basin: A Local Problem or a Global Threat?

At the same time the drums are a'beating in Arab Land as Nasrallah goes after Gadaffi in a dispute left over from 1978.  Then, three Syrians disappeared during an official visit to Libya by official invitation by Libyan leader Moammar Gadaffi. Lebanon holds Gadaffi responsible for the three men’s disappearance. Middle Eastern memory is long!  What is it about Libya and Arab unity that strikes a chord as unachievable?

After reading the article linked to the previous sentence, I think lots of excess testosterone contribute to the bad boogie between Libya, Egypt, and Syria! Is their common goal to destroy Israel and their hatred of Jews enough to bind them together?

Oh, and as a side note: as for Libya's magnanimous offer to allow two Jews to visit homes in Libya? Thanks an awful big bunch, Gadaffi! That is very 'big' of you! How about lifting your national boycott of Israel and all Jews? And do you think we have forgotten what Gadaffi did after The Six Day War to Libyan's 7,000 Jews?