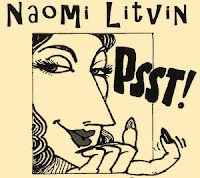 I met Paul Brenner on Twitter where he is known as @prbrenner. He appeared darkly mysterious, difficult to identify, and a man of few words. As time passed, he began to respond to my tweets more aggressively, and I admit that I was somewhat astounded. I was not afraid of Paul, it was just that I felt a power beneath his tweets that I perceived as feral. What better candidate for my Conversations column, than this man of mystery? Let us now unravel some of what went into the making of Paul Brenner. This man is not a figment of your imagination, he is real. 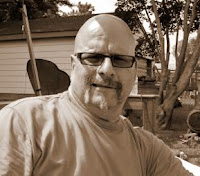 Naomi: What does Never Again mean to you?

Naomi: I'd like to go way back now. What do you remember about the times of your Bar Mitzvah in June of 1966?

Paul: I remember that I was living in Orange County, California, which was a hot bed of the American Nazi Party and the The John Birch Society*. We had traveled to Long Beach to find a synagogue and I fell in love with my surroundings there. My Rabbi had escaped from Europe pre-war and I had Mrs. Posalski, a Survivor, for Hebrew school. I learned pride in being a Jew and couldn't bring it home because there were only two Jews in my high school. I got a lot of  'I've never seen a Jew before', 'Where are your horns?' as well as physical abuse. In 1967 I got to thumb my nose at them because Israel stunned the world in the Six Day War. I remember living two lives: in Temple as a Jew, and at home assimilation.


Naomi: I understand that your father introduced you to Rabbi Meir Kahane two years later, when you were fifteen. Was your father a follower of Rabbi Kahane? How much exposure did you have with the Jewish Defense League during those turbulant years? What can you tell about what you gleaned from that aspect of your teenage years?

Paul: I am not sure why my Father, z"l, took me to a lecture by Rabbi Kahane, z"l. I don't think he expected the results that occurred. My father was not a follower, and I think came to regret his decision. I sat mesmerized by the Rabbi, he was telling me that to 'Turn the other cheek' is not a Jewish concept. "Rather," he said, "If one comes to slay you, slay him first."

He taught me that no Jew should have to live in fear. Not to go to the market or schul. He told me that the Soviet Union was holding Jews against their will and we needed to fight to free them and that all Jews need to return to Israel.

I became a member of the Jewish Defense League and we protested at the UN by chaining ourselves to the fence. We escorted elderly Jews to Synagogue on Shabbos and we protested outside the Bolshoi and the Russian Circus pleading with Jews not to go in. We also got into a bit of mischief with marbles at the Russian Ice Show. We protested at Brooklyn College when they wouldn't put Jewish music in the Student Union Cafeteria jukebox and we stood up to the Black Panther Party when they wanted to have a lecture at Temple University in Philadelphia on public property and we said NO. For one more, we went to Skokie, Illinois when the Nazis wanted to march down a main street through a predominately Jewish neighborhood.

he said, "On 4October1973 the Israeli newspapers reported that Colonel Gadaffi of Libya was sending 'terrorist squads' to stage acts of terrorism in both Israel and Jordan." In your opinion, do you think that Libya has changed their ways? Is there a risk in allowing Libya absolute free reign on the internet, such as they are, in the guise of selling URL shortener domains to American companies which advertise .ly, the abbreviation of Libya?

Paul: This one is easy, a leopard won't change his spots, once a terrorist always a terrorist. People who fall for this ploy are the next group to just go along until it is to late.

I have a friend named Russell Kelner, who on national television, promised to kill Yasser Arafat when he came to the UN. Russell went to prison and I learned how to not say what should really happen to terrorists like Gadaffi.

Do not give up the quest, the world needs to know that this man, Gadaffi, rewarded scum for their actions on Pan Am flight 103 and if you allow him to continue, you do so at your own peril.

I was in Israel in 1972-1973 and was able to go to the dedication of the Memorial at Tzartiba on the Dead Sea Valley for the six Israeli Soldiers who died in 1967. While walking to the ceremony I found myself walking with Moshe Dayan, Golda Meira, and Menachim Begin. Mr. Begin came to me and saw that I was wearing the JDL button that was a Star with a Fist. It said 'Never Again'. He said, "Beautiful," in Hebrew, shook my hand, and said, "Everybody should have one." I am older now and my desire to make Aliyah is stronger now and so is my passion to make sure everyone knows that I am a proud Jew, that my opinions are strong, and my voice is singular in message.

Naomi: Then later, for many years you worked on the 110th floor of the World Trade Center in New York City. You left there in the year 2000. How did 9/11 impact you, with all the memories of working in the building?

Paul: I have no real words to describe how I felt on 9/11. I wanted revenge. I watched it live on television and lost six colleagues that day, I knew where they were on 110, I knew how much oxygen they had and I watched the space fill with smoke and then collapse. I know that Steve Jacobson, z"l, called the station six times begging to get help, that it was black with smoke and getting hotter, six times, and then the phone went dead.

Naomi: I know you are very raw from the loss of your father. Is there anything you want to say to honor is memory?

Paul: My father's passing came within six months of his cancer diagnosis. I was blessed to be there with him before he died, I am my father's son. His friends gave me the greatest compliment: I look like him; I talk like him, and have many of his mannerisms. To remember him I need only to look into my heart. There are days that it feels empty but I have faith they will go away. For now, when emptiness strikes I will take the advice of a dear friend and have a Chicago Pizza.

Naomi: Did this interview fulfill your expectations?  I have a feeling that we are going to friends for a very long time.

Paul: It is the interviewer who draws the questions into the story they want to hear and the interviewee who animates the story, forever inextricably joining them, in an intimate moment sharing something vulnerable with each other.
I hope this is what you expected and that this friendship continues and grows in age with us, as someday we will meet in Jerusalem.

Naomi: Thank you Paul. I would like that very much. 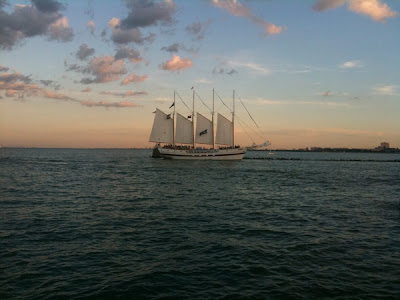 
*I couldn't find a link that told the truth about The John Birch Society, which has white-washed and almost completely scrubbed their anti-Semitic and anti-Zionist image. The ADL's links to historical information on JBS have mysteriously been deleted from the internet. JBS will be a major voice at Conservative Political Action Conference in Washington DC, Feb. 2010. Rachel Maddow has exposed a lot of their anti-Communist history but unfortunately, in my opinion, has done it way too hysterically to cite here. I will doggedly keep looking for credible information on the John Birch anti-Semitic history.
at January 23, 2010
Email ThisBlogThis!Share to TwitterShare to FacebookShare to Pinterest
Labels: Conversations
Newer Post Older Post Home